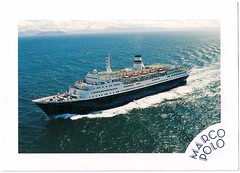 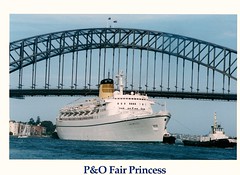 Here’s a couple of postcards that Shiona from Cruise Critic sent me.

Marco Polo
Built in the old communist East Germany in 1965 as the “Alexandr Pushkin”, she was renamed “MS Marco Polo” in 1991 when she was purchased by Orient Lines. At just under 20,000 tonnes, and 176m long, she was capabile of carrying about 650 passengers. Some unusual things about her: Some cabins had six berths. All cabins had an outside view. Bathrooms had 3 taps: Hot, Cold and Seawater. She also had a reinforced hull to allow navigation through ice. She also was built with potential military use in mind. Her larger than usual storage capacity meant a cruising range of over 10,000 nautical miles.

If you’re planning a cruise, and would like to tell the world about your wonderful trip, or any of the places you’ve visited, why not send us a postcard?

I’ll scan the card, and display it here as a permanent record of your cruise. If you include a return address on the postcard, I’ll also send you a postcard in reply.

Order Postcards
If you’d like to order some fantastic looking postcards, click on one of the images below: 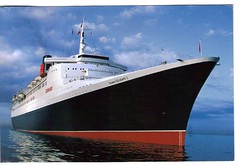 Postcard sent to me from Qe2
Originally uploaded by MagicTyger

A postcard I received Rob Lightbody while he was on his QE2 Mediterranean cruise in August 08.

I’ll never get to cruise on QE2 myself, so someone sending a card to me while they were cruising on her is about as close as I’ll get.

Thanks Rob, for letting me vicariously share a bit of history with you.

NO-12966
Originally uploaded by MagicTyger

A postcrossing postcard from Joey in Norway. 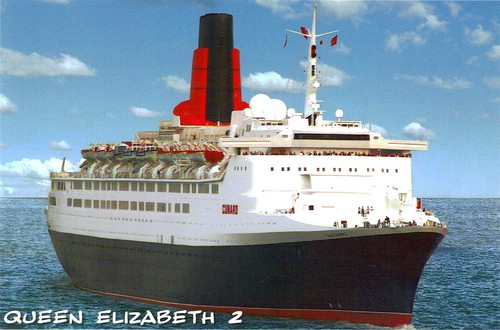 I received this postcard today from Kai in Germany, and I thought I would share it with you.

Kai very kindly sent the postcard via Postcrossing – a website that lets you exchange postcards with random people, and make new friends.

I was pleasantly surprised to receive this card, because I think she is such a wonderful ship.

QE2 visited the Baltic in 2004, when this photo was taken by Wolfgang Kromer.

Kai is a prolific postcrosser. He has sent postcards more than 1.1 million kilometres in the last two years, to make him one of the most active members in Germany.

Congratulations, Kai, and thanks once again!